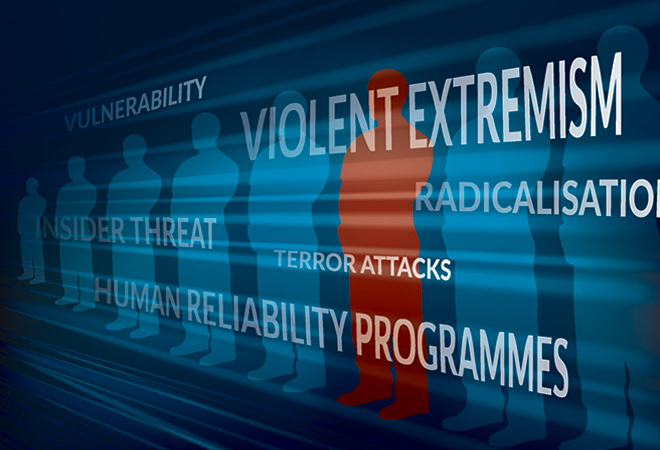 Catalystas is proud to present our newest endeavour: the development of an internal project to research, analyze, and design a methodology based on feminist approaches to countering violent extremism.

The world is facing the threat of violent extremism in a new and evolving manner, one that utilizes the traditional exploitation of internalized anger and dissatisfaction, and catapults it to the international stage through means of globalized media channels that feed on fear, hurt, and tension. Based on our team’s extensive experience on the topics of Armed Non-State Actors (ANSAs), Anti-Terrorism, Countering Violent Extremism (CVE), and conflict resolution, in multiple areas highly affected by terrorism, including Syria, Iraq, Afghanistan, and Colombia, we have seen firsthand the changes in approach by extremist and terrorist organizations, especially the impact on women as actors with agency, rather than solely victims.

Often in our work, we come into contact with women who have taken on a variety of roles, including active terrorists as well as active and passive supporters, legitimizers, and socially, culturally, and politically influential figures who affect the level of attention or effort given to issues of terror and extremism. In our work based in and around the ongoing conflict in Syria and the spillover into Iraq in particular, we have seen women on all sides taking on ‘nontraditional’ roles, even women belonging to extremist groups which espouse heavily ‘traditional’ practices.

As intersectional feminists, experts in terrorism, and experienced policy, security, and gender practitioners, we have observed a plethora of approaches to counter-action and responses to terrorism. Many of them are military-based responses and interventions, which often miss the gendered aspects of environments and precursors that make violent extremism flourish. It is no longer enough to counter violent extremism through traditional means; when violence rears its face in the public eye, it is already too late.

Looking through this intersectional lens, the causes, actors, and influences involved in the CVE programs that we have worked on have led our Catalystas team to the conclusion that a new approach is needed: one that takes into consideration all those affected by the pull of violent extremism, and examines the ways in which preventative and reductive measures can be created, improved, and implemented across regions affected by extremism. Given our specific socio-cultural backgrounds, linguistic expertise, professional training, and deep care for this often under-explored intersection between feminism and CVE, we are pooling our skills and taking this opportunity to contribute our unique perspective to international counter extremism and deradicalization efforts.

As a dedicated group of researchers, our team will be exploring the psychological, socio-economic, and environmental aspects of terrorism and recruitment as it relates to the role of gender and women.  By exploring the role of women in extremism, gendered approaches to recruitment and retention, micro and macrocosms of toxic masculinity and femininity, and communicative echo chambers, Catalystas aims to build a comprehensive methodology for countering violent extremism in a wide variety of socioeconomic and ethno-religious settings.

We look forward to sharing our findings!