I was asked by Catalystas’ client organization SPARK  to undertake a project scoping, eco-system analysis, and needs inquiry in Iraq. My combined Middle East and North African policy, security, and linguistic expertise and my conflict area development and research background made me an ideal candidate to take on this mission. The case of Iraq is incredibly complex. Therefore, this case study has been broken down into a three part series, each part exploring one city I visited. This is Part II: Mosul and Post ISIS Development. 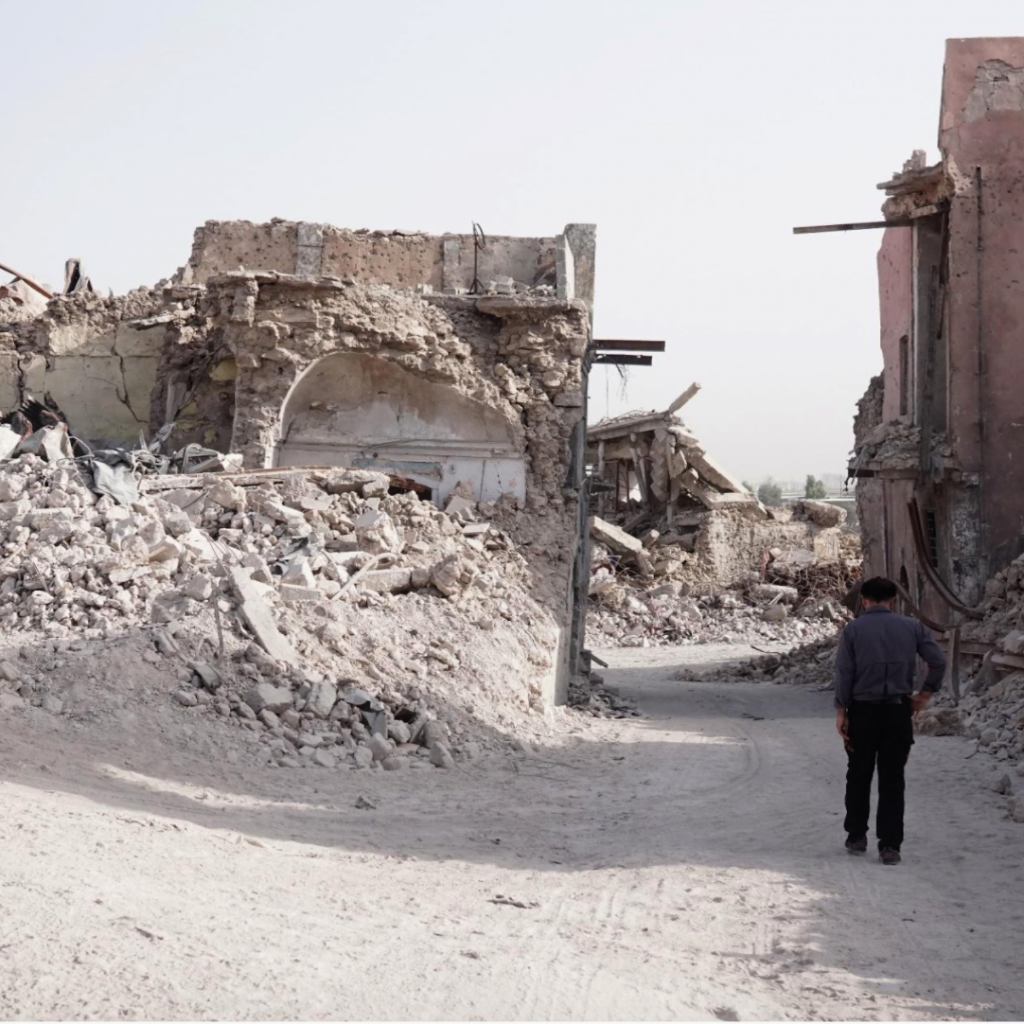 The main challenge this project presented for me and my team at Catalystas was discovering exactly how SPARK could expand and weave its work into the very fabric of Iraq’s complex operational nature. Each city I visited had a different story, resulting in completely different needs and environments. However, everything remained linked to the still-lingering centralized system of governance. Therefore, it was, and is, imperative that any organization wishing to enter Iraq takes a micro-to-macro perspective regarding the projects they want to implement. In conducting this mission, three main points became crystal clear with regards to working in the Iraqi context. First, there is no way to do any project in Iraq without the blessing of the respective ministry in charge of whichever sector or group is targeted by the project. Second, working in Iraq is impossible without an understanding of the complex ethno-religious and political divides that affect the project target groups. Knowing how to form the right alliances and connections in order to overcome these tensions and complexities is crucial. Third, there is both a moral and ethical obligation on the part of organizations wishing to enter Iraq to create a viable exit strategy prior to entering the country. Iraq is suffering from severe “NGO fatigue”, a result of years of projects designed to fill gaps made by the central government only in the short term. These temporary projects may ease a situation in the immediate, but in the long term, they suck up funding and opportunities to find sustainable solutions and allow for impactful government uptake.

First of all, it is especially important to note that Mosul is the second largest city in the whole of Iraq. Located in the Ninawa Governorate, it is considered the breadbasket of Iraq, and is a highly educated, previously wealthy, and deeply religious region filled with a colorful cast of minority groups, including Christians, Yazidis, Sunnis, and even a historical Jewish population. In 2014, the war sweeping Syria spilled across the Iraqi borders. With thousands of miles along the Iraqi-Syrian border left unguarded and a weak and unprepared Iraqi Army, the Islamic State quickly moved in, and the city of Mosul fell in only three days. The world’s most organized non-state militia declared Mosul the capital of the Islamic State Caliphate, creating a headquarters where new foreign fighters were inducted, honeymoons were spent, and where the strictest, albeit selective, form of Sharia Law was imposed. For four years, Mosul remained this way. Thousands of people lost their lives, and hundreds of thousands were displaced. The Islamic State committed a multitude of crimes against humanity, genocidal acts, and caused immense human suffering in and around Mosul, until 2017, when coalition forces led by the Iraqi Army began the campaign to liberate Mosul. The Iraqi Army coordinated with local Shabi militias, a network of previously renegade rebels ratified as a legal arm of the Iraqi military in order to coordinate anti-ISIS efforts. However, instead of working together to push ISIS forces back across the border into Syria, the Shabi militias blocked the roads leading back to Syria, and the scattered ISIS fighters became stuck in Mosul. They went underground and recollected in the western “Old City”, using guerilla tactics against the Iraqi Army for the next seven months. Eventually, the army lost patience, and authorized special forces to bombard the Old City.

The coalition-led military operations destroyed half of Iraq’s second largest city and displaced an additional 697,974 IDPs to join the already existing 3 million IDPs throughout the country. As I crossed the peshmerga border by taxi, I entered one of the most devastated war zones the world has seen since World War II. Every corner of the city was covered in the rubble of once beautiful buildings and renowned architecture. During my visit, I was able to meet with a variety of major stakeholders, including the University of Mosul, once the most illustrious university both in Iraq and the entire Middle East. There, I spoke with Dr. Obey, President of the university. We discussed opening incubation centers and rebuilding structures while stimulating innovation, a task much more difficult than initially expected by both myself and my client. As stated above, when working in Iraq it is impossible to get anything done without the blessing of the relevant ministry. This includes 10% < changes to curriculums, resulting in outdated teaching methodologies, such as teaching computer coding on paper. This necessary approval makes delivering aid particularly challenging, and is one of the main factors leading to the above described NGO fatigue.

While in the field, I also had the opportunity to meet and facilitate multiple focus groups with various youth groups, between the ages of 18-24 and 25-32. I learned from these meetings that in order to be competitive in today’s job market, local youth are working hard, educating themselves outside of formal education. Their parents are unable to offer much advice, as this is the first generation dealing with a severe lack of government support for job placement post-graduation. It was clear that while Mosul is in desperate need of help, the people of the city are resilient, hopeful, and ready to ignite change. All that is missing is the right investment in the city to provide a spark.

One year after the liberation of Mosul from the rule of the Islamic State, there are still dead bodies lying in the streets. The vast majority of the international community, aside from the UNDP and UNHCR, have deemed Mosul too risky to operate in. Ironically, according to security reports released by the Iraqi Army, Mosul is now safer than Baghdad, Najaf, Basra, and Fallujah. At the time of my mission in late July 2018, only a handful of NGOs were present in Mosul. They cited security and competitiveness within the NGO community as the main reasons. This demonstrated to me a severe lack of a coordinated response, contrary to the unified coordination seen in Kurdistan. With the Iraqi Army devastated by the drawn out conflict with ISIS coupled with a massive slump in oil prices, the central government does not have a large enough fiscal budget to cover yearly costs, let alone the financial strain of redevelopment. Unlike in Kurdistan, there was no centrally consolidated working committee like that of the Joint Crisis Cooperative Council (JCC) addressing the necessary relief and redevelopment to Mosul or Ninawa Province. As a result, most NGOs had yet to enter the city, and the few working in the area were only providing immediate humanitarian relief, rather than the badly needed development support.

Wandering through the city’s streets in the evenings, it was impossible not to notice the many groups of women out and about, something that never would have been allowed during ISIS’ reign. In restaurants, though people were conservative, they were open, smiling, and welcoming – nowhere near as broken as I’d expected to find them. The socio-economic divide between East and West Mosul was clear. Particularly in the West, home to the majority of factories and working-class people, badly damaged by coalition bombardments in the liberation campaign, the basic staples of a functioning city are out of order. The focus now is on transitioning and rebuilding. From speaking to a variety of locals, from shopkeepers to widows working and living in the rubble of their former homes, the international response has not been fast enough. Everywhere I went, I was met with happiness; my presence as a foreigner in the city signaling that perhaps the international community has not given up on Mosul after all.

Despite no piece of the city having gone untouched by the fighting – power lines, water, police, and schools still remain missing – the resilience of the people shines through. Life moves on; the question now is at what pace, and who will benefit. In such a vulnerable post-conflict environment, this becomes the most critical factor to take into account: ensuring that corruption and war-profiteering do not take hold.

However, it must be noted that for one extraordinarily vulnerable group, there seems to be very little hope: the captured ISIS fighters and their families. They are a population of untouchables, underserved and unwelcome, the wives and children living mainly in the Al Jadaa and Qayah Refugee Camps. Many of these women and children are foreigners, citizens of countries whose governments refuse to repatriate them. They form an extremely high-risk population, which must be addressed as soon as possible by the international community.

While in Mosul, I was able to identify a number of opportunities for Spark to invest in the future of the city, including university programs and incubator spaces. Through promoting a decentralized redevelopment of the higher education system alongside innovative entrepreneurship, I found a variety of ways for Spark to help Mosul lay the building blocks for rebuilding society post-conflict. The gaps in the current system, such as the refusal of the Ministries of Education and Higher Education and Scientific Research to recognize any educational certifications granted under ISIS occupation, mean that there is ample opportunity and need for NGOs such as Spark to step in and support what will otherwise be a lost generation. The ministries and central government, I found, are ready and willing to work with the international community to fill these gaps and return Mosul and other affected areas to their former glory. 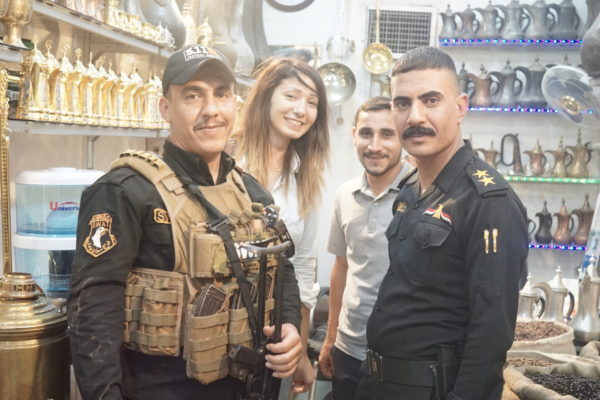 Mosul has a long way to go, as do the other formerly occupied areas of Iraq, including Salahaddin, Ninawa, and Anbar. Based on my in-field security analysis, I firmly believe that now is the time for NGOs and international actors to step in and do their part to support the reconstruction and development processes in a long term, sustainable way. Based on this mission and our additional and timely field insights, I and my team at Catalystas have an in-depth understanding of the risks, needs, and networks at a local, national, and international level to ensure effective program implementation. We at Catalystas will utilize these insights into security, politics, and socio-economic conditions to support the development of other projects and programs for NGOs, CSOs, and international companies that aim to enter Mosul and take part in the reconstruction of post-ISIS Iraq.

For the first piece of this study, please see: Iraq Part I: KR-I From Emergency to Development

To read the final piece of this case study, please see: Part III: Baghdad — Welcome to the Jungle